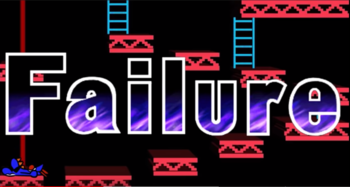 It's time to jump into the air... Jump up don't be scared...
Come on, jump up super high!
You'll never make me die
There's no spirit skill that beats me!
Know that I'm the super star
No-one else will drive you this far!
This spirit's a bitch
Get ready for this!
Let's go, and fight Pauline!
— Parody lyrics

for "Jump Up, Super Star!" based on how absurdly difficult Pauline's Spirit Battle is

While the Spirit Battles that Super Smash Bros. Ultimate's Adventure Mode World of Light and Spirit Board throw at you can be quite challenging, a number of them have become infamous for chewing up players and spitting them out. The World of Light ones are especially difficult on Hard Mode.

NOTE: Before you add a Spirit, ask yourself this: "Is the difficulty of beating the spirit unremarkable if you use the recommended spirits and/or the various Game Breakers? Are they guarding an objective or fighter, but can be circumvented?" If you answer yes to these two questions, do not add the Spirit. It isn't That One Level just because it's one of the spirits you personally had trouble with. Also, Walkthrough Mode is heavily discouraged in this page, as we are not an online guide, and other sites such as YouTube have better explanations on how to beat the Spirit.