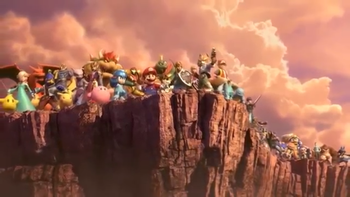 Everyone is here, and everything is ultimate!
Every soul contains a whisper of light
Growing louder as it calls to unite
From the distance sings a chorus of souls
Rising slowly, stirring heat from the coals
Colors weave into a spire of flame
Distant sparks call to a past still unnamed
Bear this torch against the cold of the night
Light will guide you, on your way to the ultimate fight!
—Lifelight, the theme of Super Smash Bros. Ultimate

Being the biggest Smash Bros game yet, it has their own awesome moments.

For other awesome moments in the Smash Bros series, go here. 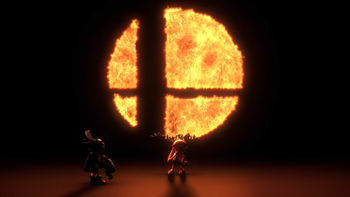 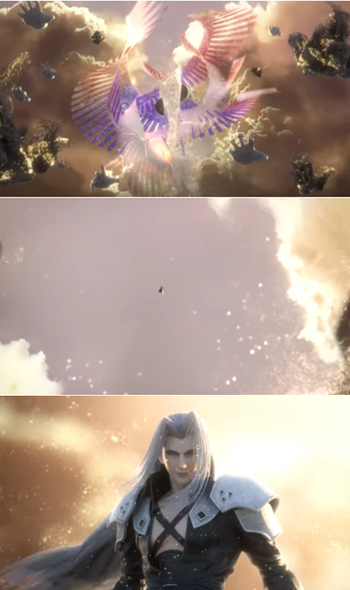 To show you the power of Masamune, I SAWED THIS GOD IN HALF!
Gameplay and Mechanics 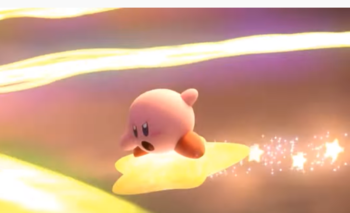 So continues another day in the life of Kirby...
Other in-game Moments
Meta