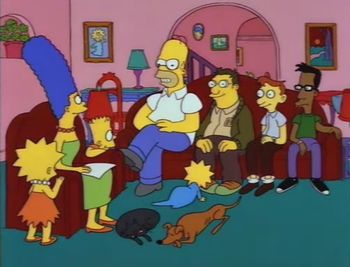 After Homer fails a competency test at the plant, Mr. Burns is forced to put Homer in college so he can keep his job. Too bad Homer thinks that college life is similar to what most viewers have seen in Animal House and its many imitations.

Of note, this is the last script that Conan O'Brien was credited with writing, as he became the new host of Late Night around this time. note He is listed among the (many) writers in "Treehouse of Horror IV", but he only wrote the wraparounds.