What is Trope Report?

Happy new year, and welcome to the first issue of the Trope Report revival! This monthly newsletter aims to keep you all updated on recent changes to tropes, recommend cool tropes and pages, and give a little push to pages and projects that could always use a helping hand. We'll always be covering a little bit of everything, but essentially, the goal is to capture a snapshot of what goes on around this big, wide wiki. If you're interested, keep on reading — this first issue has quite a lot to offer.

This section brings attention to recently-launched tropes that could use a little help to really get rolling.—-
Work Spotlight

Works would be nothing without the people who make them. This section highlights authors, artists, actors, and everyone else responsible for trope creation and proliferation.
Image/Image Caption of the Month
This section brings you the best of the recent selections from Image Pickin'.

For our image of the month, we have this image on ArtifactTitle.Live Action TV, brought to you by the Image Suggestions thread: 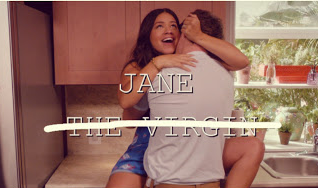 The fact that this image shows a show's title becoming obsolete is one thing; the fact that activity is sex, and the fact that it's lampshaded In-Universe makes it go above and beyond illustration.

Now, since this is the first issue, I'll give you a second image for the price of one! This one's on Memes.Among Us: 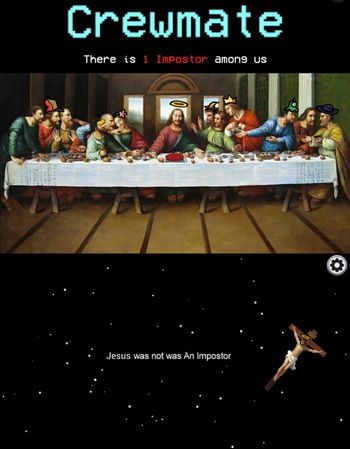 "I saw Judas vent!"
This image does a good job showcasing not just a meme in the Among Us community, but also showcases the Memetic Mutation trope. You thought it was just a repository of memes? No, Memetic Mutation involves memes evolving by interacting with other media, and there's hardly any media as well known as The Bible! To show how great of an image this was, the Image Pickin' thread

that decided on this image did so in under an hour.

This section will cover the forums in general. What's in here can depend: sometimes, we'll notify you about an important thread somewhere in Wiki Talk, and other times, we'll bring your attention to some fun threads in Just For Fun where you can get your excitement out!

Pages Needing Help
This section highlights articles indexed on the Needs Wiki Magic Love policy page and subpages. Such articles are, at best, underperforming and below wiki standards. At worst, these pages are in violation of the wiki's rules against stubs. If you're an editor, try checking out some of these underperforming trope and work articles to see what improvements you can make to the page.
Project Spotlight
Looking for a project to dedicate some time to, but not comfortable jumping into large threads? Here are some smaller projects, or more recent discussions, in need of a few more hands.
Know the Contributors
This edition of Trope Report has been sponsored by Trope Co.. Trope Co: Your one-stop-shop for all things tropey!
Interested in becoming a contributor, or have suggestions for works or tropes to feature? Pop by the the thread