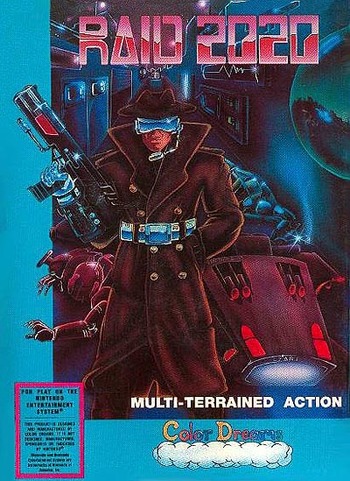 Raid 2020 is an unlicensed Nintendo Entertainment System game by Wisdom Tree (as Color Dreams) released in 1989. In it, you play as Shadow, an undercover narcotics officer. He has stop a drug lord and leader of the evil empire that took over America, Kingpin.

The game is a side-scroller with five levels. Each stage has an objective given to you before it begins, failing to satisfy it sends you back to the beginning of the stage. Shadow can use three different guns to dispatch the bad guys, though some levels stray from the usual gameplay. For instance, mission 2 has you use a boat.