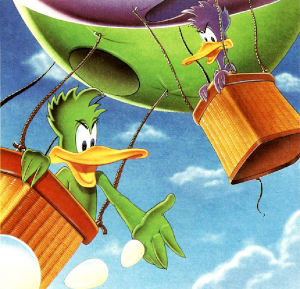 The original BBC Micro version was released in 1989 as part of Superior Software's Play It Again Sam 10 compilation. A definitive remake for the Amiga, which added simultaneous 2-player and greatly expanded the variety of stage designs, potions and other bonus items, was released by Team 17 in 1993. This version was ported by the author to the Game Boy Advance in 2006 as an unlicensed limited release. A HD remake for PC, Macintosh and iOS is currently available from the game's website

Not to be confused with either of the two similarly-named Arcade Games produced by Atari in 1974 or 1982.