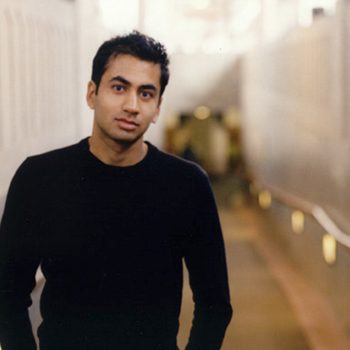 In January 2007, Penn appeared in the first four episodes of the sixth season of 24 as Ahmed Amar, a teenage terrorist. Penn says he nearly turned down the role due to personal ethics, stating, "I have a huge political problem with the role. It was essentially accepting a form of racial profiling. I think it's repulsive. But it was the first time I had a chance to blow stuff up and take a family hostage. As an actor, why shouldn't I have that opportunity? Because I'm brown and I should be scared about the connection between media images and people's thought processes?"

Also in January 2007, he appeared in the spoof comedy Epic Movie. In May 2007, Penn received the Asian Excellence Award for Outstanding Actor for his performance in The Namesake.

On April 8, 2009, it was announced that he would join the Barack Obama White House as Associate Director of the White House Office of Public Engagement. This caused mixed reactions from fans as this necessitated that his character be written out of the show, as well as controversy from opponents of Obama who thought that the President hired some pot-smoking goof-off to be on his staff. He took a break from this post from June to November 2010 to film A Very Harold & Kumar 3D Christmas.

Prior to his political engagement, Penn taught at the University of Pennsylvania as an adjunct member in the Cinema Studies Program.

From November 2013 to August 2017, he served on the President's Committee on the Arts and Humanities. He came out as gay in 2021, and has been living with his partner Josh since 2010.

He has nothing nice to say about Son of the Mask.