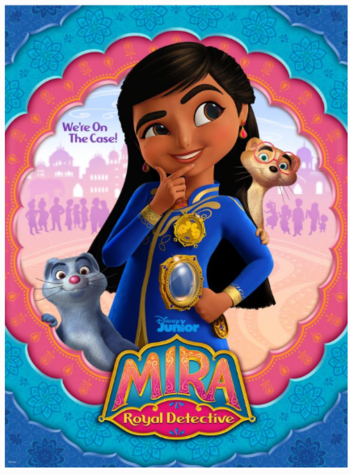 We're on the case!
Advertisement:

Composed of 11-minute episodes, the show follows the adventures of Mira (Leela Ladnier), a brave and resourceful girl who is appointed by Queen Shanti (Freida Pinto) as the royal detective of their kingdom Jalpur. Together with her friends Prince Neel (Kamran Lucas) and Prince Veer (Karan Brar), her pet mongooses Mikku (Kal Penn) and Chikku (Utkarsh Ambudkar), and her inventive cousin Priya (Roshni Edwards), Mira will stop at nothing in her quest for the truth.

The show is created by Elena of Avalor writer Becca Topol, and executive produced by Miles from Tomorrowland creator Sascha Paladino.