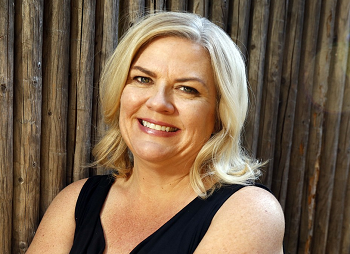 Paula Pell (born 1963) is an American comedian, actress, and writer. She wrote for Saturday Night Live from 1995 to 2013 and occasionally popped up on minor roles in sketches. She also worked behind the scenes of several NBC-affiliated shows during and after these years. She's done more television acting since the 2010s, including major and recurring roles on The Awesomes, A.P. Bio, and Girls5eva. Pell also appeared with several SNL alums in the film Wine Country.

Tropes in her filmography: