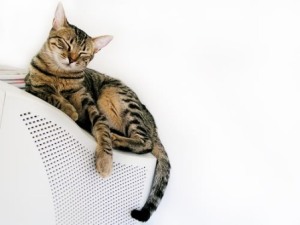 A cat sleeping on a computer monitor
Advertisement:

Hello! My name is Macron Notes (she/her). I'm a troper from the US of A. I discovered Tvtropes through Bulbagarden forum. The main reason why I was attracted to this site was that I was always looking for a site that lists cliches that show up in media for some reason, but got tropes instead.

I joined this site in the summer of 2009 after two months of lurking because I wanted to fix a spelling mistake. I didn't really get into editing until a year later when I was finally confident enough to edit without fearing that I was going to screw something up. I joined the forums in 2011 out of curiosity (I never bothered to lurk the forums).

I have a pretty varied taste in media. I'll check out anything that catches my eye even if I know I'll probably hate it. You'll usually find me on the left side of the forums, (I am active on Forum Games and Yack Fest though), Ask The Tropers, and Trope Launch Pad.

I am also a mod as well as the herald of Wiki Talk.

My PM box is always open. So, feel free to message me about anything!

Tropes and work pages I launched

Playing with a Trope pages created.

Pages that were given a complete overhaul by me

Tropes I suggested the name for:

Pages I came up with the image for: