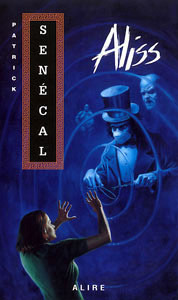 Patrick Senécal's Aliss (2000) is a Bloodier and Gorier rewrite of Alice's Adventures in Wonderland, set in Daresbury, a mysterious neighborhood of Montréal. The teenage Aliss, rebelling against her normal life, finds herself following an absent-minded older man, Charles, to the previously invisible Daresbury stop on the Metro. Shortly after her arrival, she becomes obsessed with the mysterious building near her apartment, the residence of the Red Queen. Soon, Aliss decides that she will do anything to enter the Red Queen's employ—no matter how dangerous.

The novel is available only in French. Désolé.