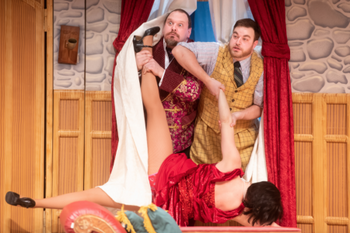 "She's having one of her episodes. Snap out of it, you're hysterical."
The hills are alive... With the sound of laaauuughterr...
Advertisement: