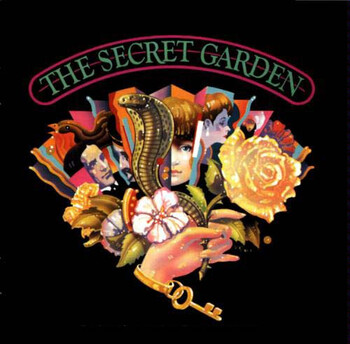 The Secret Garden is a musical with words by Marsha Norman and music by Lucy Simon, based on the novel The Secret Garden. It debuted on Broadway in 1991, with Daisy Eagan as Mary Lennox and Mandy Patinkin as Archibald Craven.

This version placed more emphasis on the adults, with much of the plot being narrated by a ghostly chorus of "Dreamers". It also expands the plot considerably, up to adding in a primary conflict in the form of Archibald Craven's brother Dr. Neville Craven, who was in a love triangle with his own brother and Lillias, and is charged with both keeping Colin healthy and keeping the estate in order while Archibald is away.