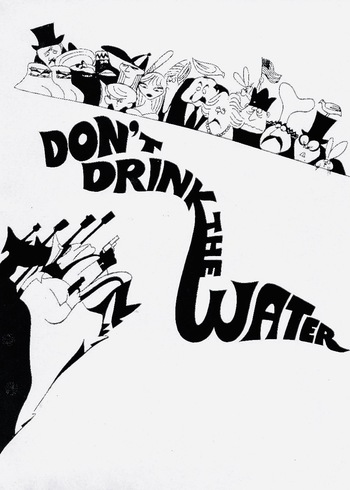 Don't Drink the Water is a 1966 comedy play written by Woody Allen and centering around the Cold War.

In an unnamed European country behind the Iron Curtain, the American Ambassador must leave the Embassy for business. In his absence he places his incompetent son Axel Magee in charge. Almost immediately the Embassy is thrust into a crisis as the Hollanders, an American family of tourists, come rushing in on the run from the Communist police. Walter, the father, had accidentally snuck into a high security area and taken pictures, causing the Communists to believe the family are spies. Axel digs the hole deeper and the embassy is surrounded, leaving the Hollanders trapped.