Funny / The Book of Mormon

Relating to the Broadway Musical 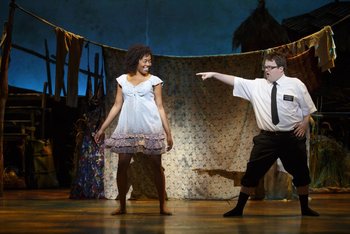 I'm wet with salvation! WE JUST WENT ALL THE WAY!!!

Oh Jesus Christ (of Latter Day Saints), where do we start?