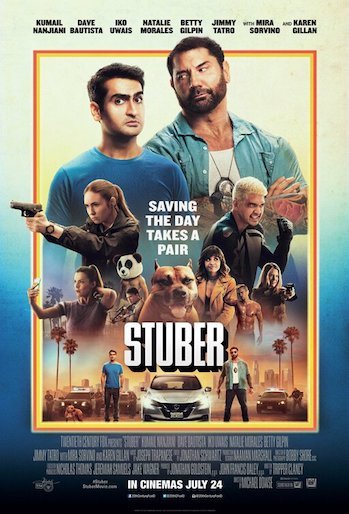 Prepare for the rideshare of your life.
Advertisement:

Stu (Nanjiani) is an awkward guy who works as an Uber driver. One day, he picks up a no-nonsense detective named Vic (Bautista), who's on the lookout for Tedjo (Iko Uwais), a ruthless drug lord. Stu ends up going on a wild ride where he needs to work with his tough passenger while keeping that high customer service rating of his.

The film was released on July 12, 2019. It's notable for being Disney's first R-rated release in six years, having not released such a film since the DreamWorks-produced The Fifth Estate.