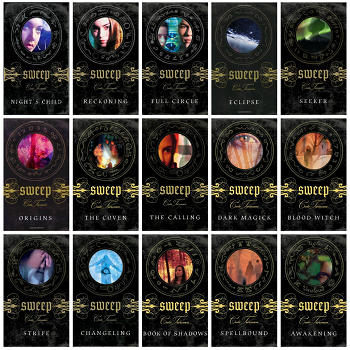 The full series. note Volumes not placed in any order.
A 15-book series by Cate Tiernan (known as Wicca in the UK and elsewhere) about 16-year-old Morgan Rowlands who, after discovering that the dreamy and mysterious new guy at school is a witch, finds out that she herself is a very powerful "blood witch", descended from one of the Seven Clans of Wicca. All sorts of magical and romantic drama ensue.
Advertisement:

It consists of the following entries: