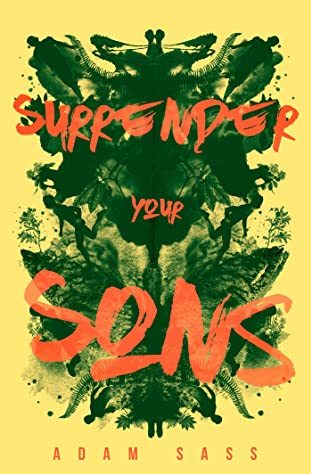 Surrender Your Sons is a Young Adult thriller novel published in 2020 by author Adam Sass. This is his first novel.

Connor Major recently came out to his ultra-religious mother, by the urging of his boyfriend, something his mother isn't handling well at all. As Connor spirals into a depression by being forbidden to see his boyfriend and having his lines of communication cut, his mother takes desperation action to "fix" her gay son - she arranges for him to be "kidnapped" and sent away to Nightlight, a conversion therapy camp in Costa Rica. While at the camp, it becomes clear that Connor and the other queer kids are not safe at all and Connor becomes deeply embroiled in a decades-long conspiracy. It's up to Connor to bring the truth the light, and bring his fellow LGBTQ campers home.

While spoilers are marked, as this novel is a thriller, it's better to have not read this page until you finished reading the novel. You Have Been Warned.