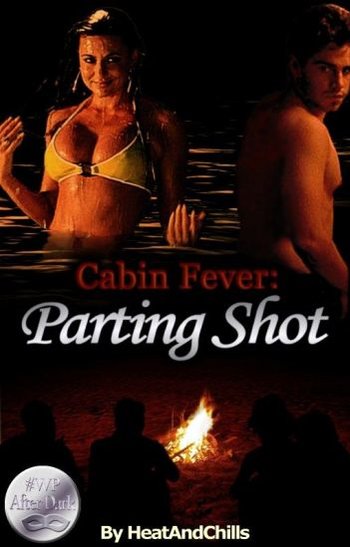 "...all you want to do is grab the person next to you, and just f*** the s*** out of them..." - Cabin Fever
Cabin Fever: Parting Shot is a Completed, FixIt - AU - Hurt/Comfort - Deconstruction Fic of Cabin Fever, written by HeatAndChills

The plot follows Dark Horse couple Paul and Marcy as their friendship turns into a hot vacation affair. Here, their affair is driven by Wacky Fratboy Hijinks, Alcohol-Induced Idiocy and regretable drunken sexual escapades, all of which cumulatively cause friction within the established couples. As they grow increasingly upset with their own love interests, Paul and Marcy turn to one another as shoulders to cry on, with predicatable results.