The characters of the first adventure path, Rise of the Runelords. 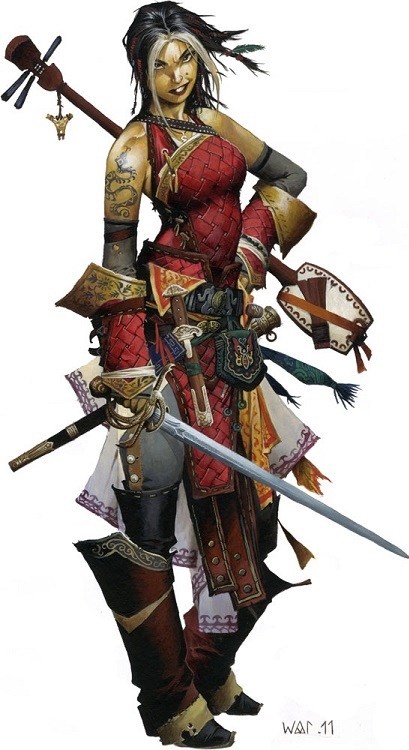 Ameiko Kaijitsu is best known in the Varisian town of Sandpoint as the proprietor of the Rusty Dragon, the most popular tavern in town. A member of the town's small aristocracy, she is the eldest daughter of Lonjiku Kaijitsu and Atsuii Kaijitsu, and half-sister of both Amaya and Tsuto Kaijitsu (who are unrelated to each other).

Nualia Tobyn was an aasimar foundling raised by Ezakien Tobyn, the head pastor for the Varisian town of Sandpoint. She was recently found to have planned and executed a raid on the town by local goblin tribes. Although these attacks failed, she was eventually tracked down to the island-fortress of Thistletop, where she met her death.

The Kodar Mountains and Xin Shalast