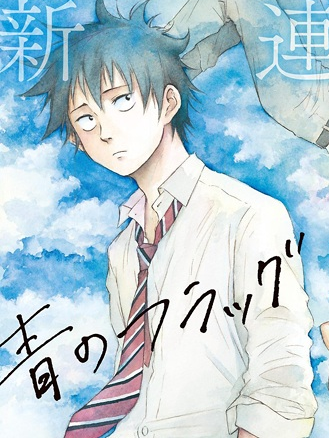 An Ordinary High-School Student, Ichinose used to be Mita's best friend, but they drifted apart during high school. They get closer again when they end up in the same classroom. He decides to help Kuze to conquer Mita, but ends up falling for her. He is usually shy and meek, but is known for being extremely nice. 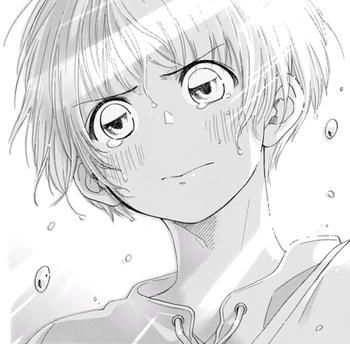 An impossibly naive girl who fell for Toma. She ends up befriending Ichinose in an attempt to learn more about him, but they end up becoming close friends with each other and Toma as well. She is very sweet and tries her hardest, but her natural clumsiness and naivete make it hard for her to befriend others in her class. 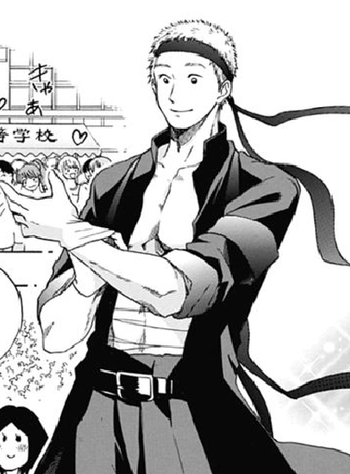 "We'll win. And then, with my team, I'll walk the grounds of Koshien Stadium."
"I want to live with freedom. I want to be able to say what I love. Be happy when I'm happy and sad when I'm sad. Not be told what to do. To not hurt anyone or be hurt by anyone."

Ichinose's childhood friend and the most popular boy on high school, loved by everyone for his niceness, looks and being the school's baseball team's ace and captain. He gets close to Ichinose and Kuze once they end up in the same class. He is very kind-hearted and loud and cares deeply for his new found friends. His dream is of playing in the grounds of Koshien Stadium and become a professional baseball player. 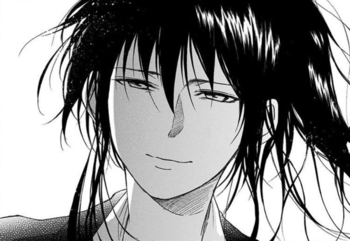 Kuze's best friend. She is a dark and mysterious girl, who is very protective of her smaller best friend. She is in a separate class but is often seen hanging around with the rest of the main characters. She intends to become a veterinarian and implies she is dealing with a lot of emotional issues. 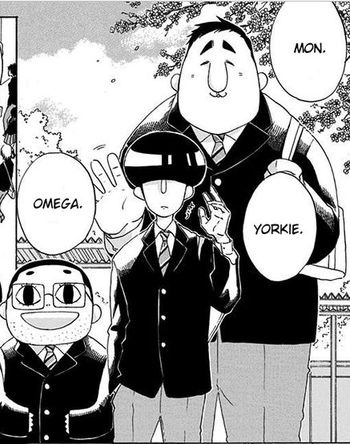 "He may be human, but he is in a completely different playing field to us!"
"Something's been bugging me for a while. Why are you and Toma Mita such good friends?" 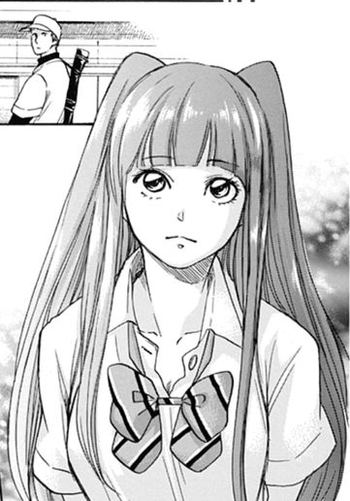 "I made you some honey lemons too!"
Click here to see her after Chapter 28 note 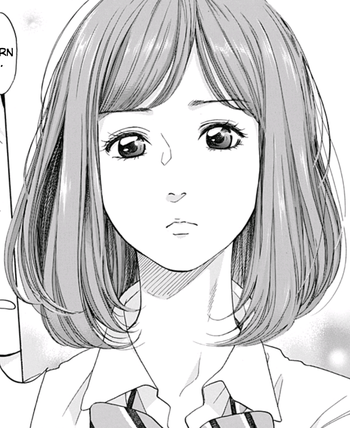 A girl that is within Toma's group of friends and grows upset with his newfound interest in hanging out with Futaba and Taichi instead of her. She is interested in Toma, but he does not reciprocate her affection.

Two of Toma's friends that he hangs out with when not with Taichi or baseball. Shingo is rather laidback while Kensuke is very serious. 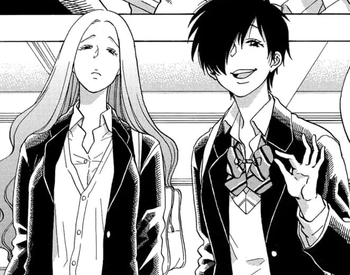 Their full names are Shouko Hasuda and Sayaka Mochizuki. Mami's two closest friends who often hang with her as a group. 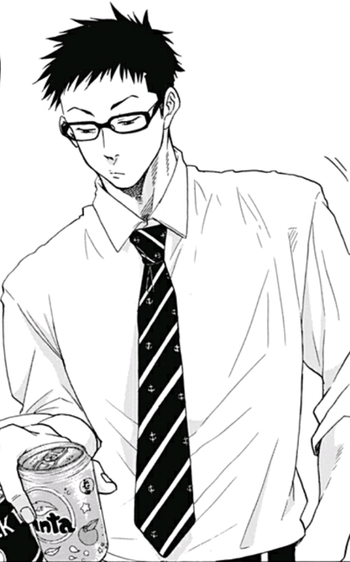 "Well then, it isn't your fault, is it?"
"I went and put in my number as well as my line details. From now on, if you're worried or troubled, you can talk to your big bro, Seiya. Because I have a few things I want to talk about with you."

Toma's older brother. He has been taking care of him ever since their parents died. He is a down-to-earth guy who worries a lot about not only Toma but also Taichi. Currently married to Akiko. 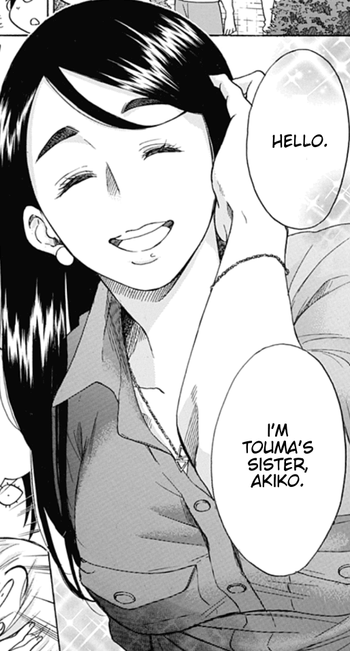 "Toma! Tai! Just follow me!"
"What? You're being so hesitant. You used to come and play all the time, didn't you? It's fine, it's fine. I'm sure they've been waiting."

Toma's former tutor and current sister-in-law, married to Seiya. She is an eccentric but very nice and upbeat woman who presents herself as Toma's big sister. She knows Taichi from their past and appears happy that he and Toma are close again.