. It follows the lives of Baman, Piderman and several others who inhabit a white, empty landscape while having surreal adventures. 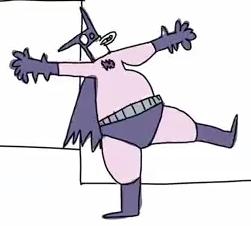 A rubbery being based on the DC Comics superhero Batman. He seems to be the more intelligent of the two and usually offers suggestions on what activity they should be doing. Baman works for a large yellow creature that he referred to as his boss, at least until Squib takes his job. He also lives in a small, boxlike house and appears to be able to drive it with a ship's wheel. Sometimes parts of his body dislocate from him and are able to be reattached. He is in a romantic relationship with Tuba. 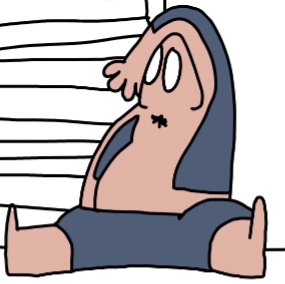 A lazy, slightly overweight being based on the Marvel Comics superhero Spider-Man. He seems to have the same abilities as Spider Man, but he often uses for unnecessary purposes like grabbing small objects or dragging himself along the ground instead of walking. He lives in the larger of the two houses, which usually serves as the setting of the shows. Since the episode Make Da Cards, Piderman's door is shattered from when Baman came inside. Piderman appears to be the more childlike of the duo, and is often prone to panic attacks. 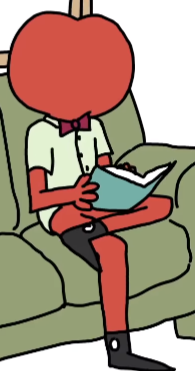 A pumpkin introduced by Baman in the episode Hab Da Pumkin, and has been a major character since. While a regular pumpkin, he appeared to possess some level of sentience and could be seen moving around on his own several times and operating a phone. Pumkin also has the ability to function as some sort of video game console. He is eventually carved by the Dese Guys, which causes him to rot, and screams frequently to express his displeasure. As of Happy Winter Friends Part 2, Pumkin is restored and is given a humanoid body. He is then shown to be something of a shy worrywart, but he cares greatly for his friends and comes to return the affection given to him by Squib. He lives with Piderman. 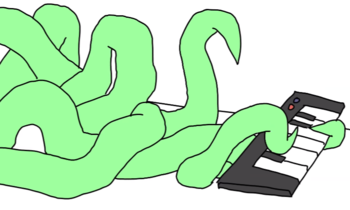 A mass of tentacles Baman and Piderman first encountered when they went to find a wish to make Pumkin better. It followed them back to Piderman's house. Enjoys tormenting Pumkin, but does so out of love. 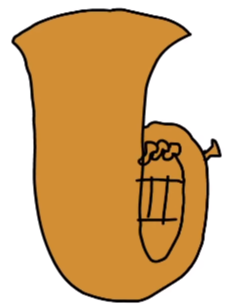 A sentient tuba that first appears in Make Da Band and is in a domestic relationship with Baman. She communicates by making tuba sounds, moves by dragging herself along the ground, and drinks "Peabnut Bubber" as medicine. 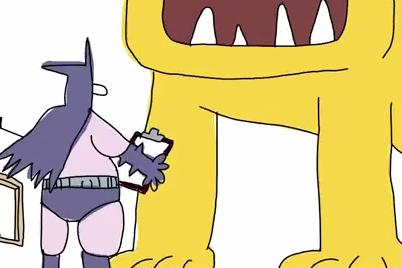 A giant, yellow, lion-like monster. He is the boss of an unknown job, and really hates jokes. 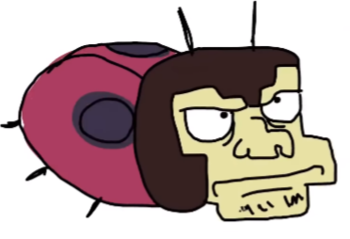 A small, perpetually grumpy ladybug. He(?) is very serious about his work, though it is unclear what exactly he does. If you try to step on him, he will give you an angry glare. 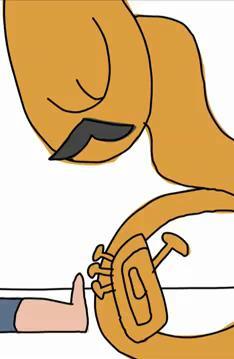 The father of Tuba who lives in the forest accessed through the Pizza. Seems to be a bit obsessed with his daughter's relationship with Baman, and is quite defensive of his actions that others call "weird". He has an unknown affiliation with the Basement Guys, and is currently plotting something sinister, though what it is remains a mystery. 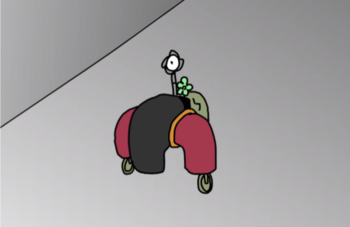 A mysterious little....robot....thing...that seemingly pops up out of nowhere. Nobody seems to know just what that thing is, much less what it does. Though a flashlight seems to be at least one of it's functions, as seen in "Ghost Night" 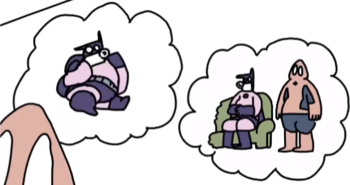 Thought bubbles created by Piderman. He thought of them when comparing Baman's regular behavior to the imposter Baman in "Revealations". Since then, the bubbles never went away, so they became the house pets. 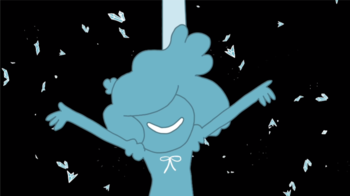 A mysterious ghost girl who was previously a spirit trapped inside Baman's Happy Winter Friends Wish Wand. She was accidentally freed when Red Squib broke said wand, and she then began haunting Piderman's house. She now lives with Piderman and enjoys pulling pranks.

The many living beings that have taken residence in Piderman's basement.
In General
Those Guys 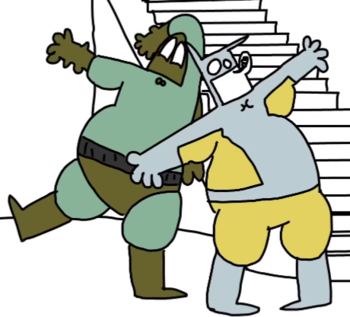 Two discolored creatures that resemble Baman and Piderman who live in the latter's basement. That Guy is the green Piderman-looking one, The Other Guy is the blue and yellow Baman-looking one. They first appeared in Guess Da Number, in which they carve Pumkin. Later, they break out of the basement door to borrow an ingredient for a cookie pie, which they share with their housemates. They are often causing mischief, but the truth is that they just want to make friends. They **really** want to make friends. They have an affiliation with Tuba's dad, but their objectives are unclear. 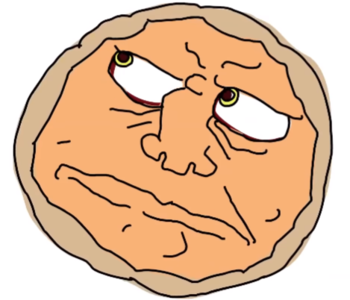 A pizza pie with a disturbingly realistic face. His mouth is a portal to a forest where Tuba's dad lives and squibs hatch from trees. It is under the care of the Basement Guys, who kept it hidden until Baman and Piderman needed it for a journey. 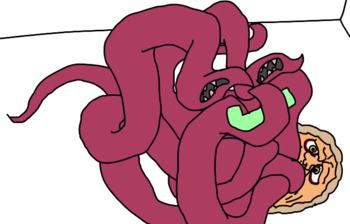 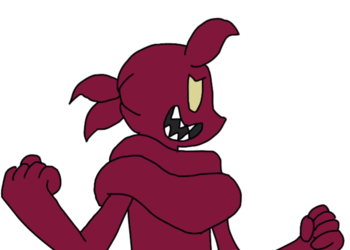 A burgundy-colored squib that hatched during the second journey through the Pizza, and despite attempts to send it back, it remains close to Piderman's house. This squib is crankier and meaner than the green one. It randomly decided to form a cocoon during the Best Friends Band concert, and when it finally hatched, it gained a humanoid form but acted no different than before.