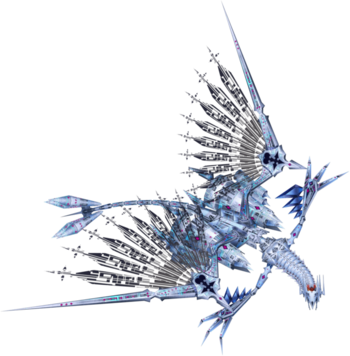 You actually get to fight this.

Sora and his comrades have fought against awesome bosses from many corners of the multiverse.