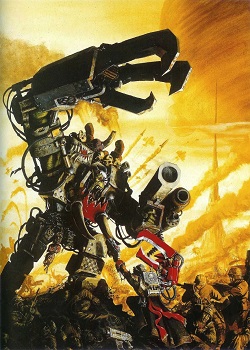 Basically, Commissar Sebastien Yarrick versus Ghazghkull Mag Uruk Thraka. It only gets better after this.
Advertisement:

In the grim darkness of Warhammer 40,000, there is only war... and awesomeness.