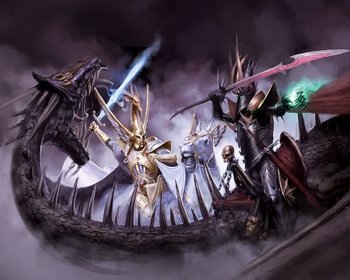 The Champion of Ulthuan against The Witch-King of Naggaroth. And their Mounts.