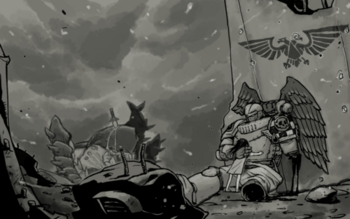 "Only in death, does duty end..."
"In the grim darkness of the far future there is more than war. There are real people there too."
— Dan Abnett
Advertisement: