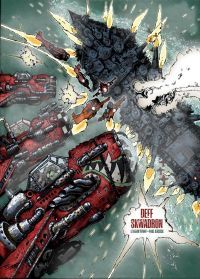 is a comic set in the Warhammer 40,000 universe, following the adventures of the titular squadron of Ork fighta-bomma pilots of Waaagh! Badthug in their war against Waaagh! Grimlug.