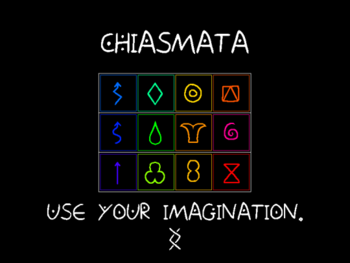 is an Interactive Comic by K25fF

, featuring a group of 12 (or 16) people who wake up in a strange place with no memory of how they got there. Also, they have superpowers.

There is an ARG tying into the story, which gives slightly more detail on the universe and the characters therein.

Tropes found in this universe include: