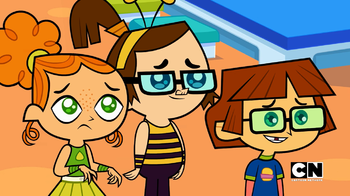 So cute, even the puppies are jealous.
Advertisement: