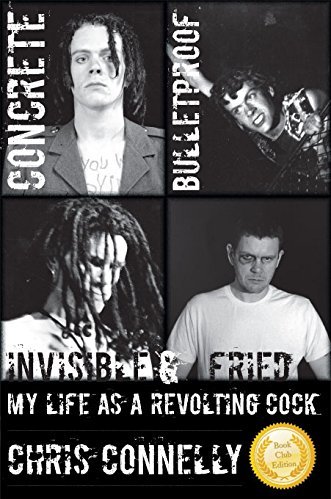 Concrete, Bulletproof, Invisible and Fried: My Life As a Revolting Cock is, well, Chris Connelly's memoir of his time as a member of the Revolting Cocks in the late 1980s and early 1990s.

The book begins in 1985, when Connelly is first introduced to Al Jourgensen and is invited to join the Revolting Cocks. Much hilarity and intoxication ensue.