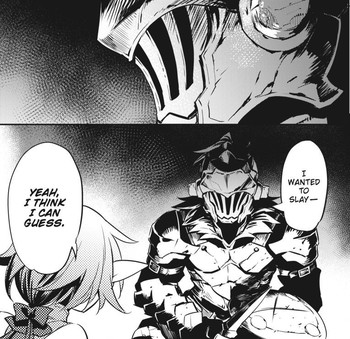 Life and soul of the party, everyone.
In spite of being a brooding Anti-Hero who's out for Goblin blood, Goblin Slayer is just as much a source of comedy as the inspiration for his character.