This is the main character page for the characters of Vamp (the light novel, not the '80s movie):

Warning!! The examples below may include spoilers for the light novels.

open/close all folders
The Waldstein Family 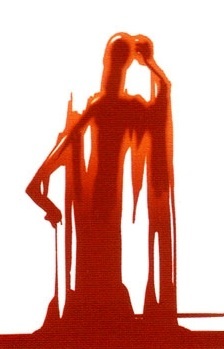 A viscount and Lord of the island of Growerth, Gerhardt is a centuries-old vampire. In the past, he undertook a series of experiments in order to discover a way to negate vampires' weaknesses, which resulted in him becoming a pool of blood.

As of the end of volume 3, he is no longer Lord of Growerth as he passed on his title to Relic. 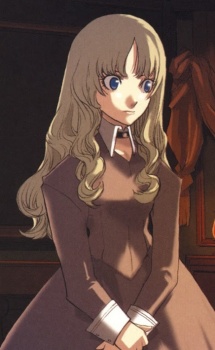 "...Honoured Brother, that was much too merciful an act."
Relic's twin sister and the adopted daughter of Viscount Waldstein. Ferret is an unusual vampire who has no powers or weaknesses. She constantly uses formal language and insists on acting like an aristocrat, which bothers Relic greatly. 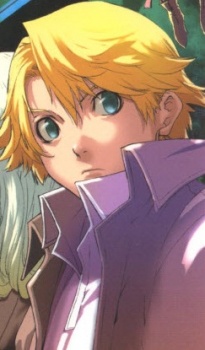 "If you think I'm doing something wrong, then go ahead and speak your mind. Even if it means disagreeing with me. Remember? I just want you to be yourself."
Ferret's twin brother and the adopted son of Viscount Waldstein. Relic is a powerful vampire. Unfortunately, his many abilities are accompanied my just as many crippling weaknesses.

As of the end of volume 3, Relic is the Lord of Growerth, having succeeded his father. 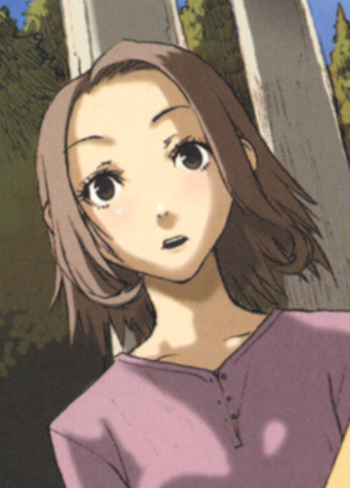 Relic and Ferret's childhood friend, and the younger sister of Michael. Hilda is an ordinary human girl who does not fear vampires or other supernatural beings.

At the end of volume 5, Hilda is turned into a vampire by Dimguil. 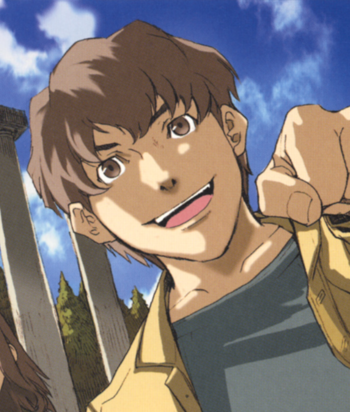 Relic and Ferret's childhood friend, and the older brother of Hilda. Michael is madly in love with Ferret, constantly attempting to win her heart in whatever way he can. He is loved by many non-humans on the island because of his all-accepting attitude. 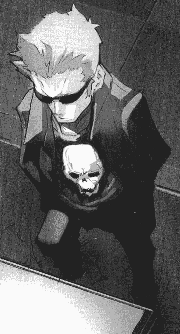 "Ah, I shall say, I shall say—though you may criticize my words with claims of triteness, I shall say—Fuck your face, you son of a bitch."
The mayor of the city of Rukram(and after the merge with Mozartzungen, the city of Neuberg). Watt is a Dhampyr born to a human father and a vampire mother. Although he never lets it show when he's in the role of the mayor, Watt is a petty villain who is determined to one day defeat Viscount Waldstein by any means necessary.

At the end of volume 3, Watt gets hold of Relic’s powers.

Watt's loyal underling, Pirie is a teenaged girl who wears clownish makeup and dresses like a jester. She is talented at turning to smoke, but is weak against sunlight.

A Japanese salaryman-turned-vampire with a talent for stage magic. He is assigned as Watt's underling by the Organization.

A mysterious shapeshifting vampire who has a complex about his true form. He is assigned as Watt's underling by the Organization.

As of the end of volume 3, Val's vessel is the entire island of Growerth.

A shy alraune with the form of a human girl atop a gigantic flower. Selim lives in the caverns underneath Waldstein Castle.

A vampire who lives in the laboratory underneath Waldstein Castle. Doctor is in the process of researching immortality alongside his partner Professor.

An amnesiac vampire who lives in the laboratory underneath Waldstein Castle. Because she is unable to move on her own, Professor is always inside a white coffin equipped with caterpillar tracks. She assists Doctor in his research into immortality.
The Organization

The self-proclaimed leader of the Organization, Caldimir is a Russian vampire with a grudge against Viscount Waldstein.

Gerhardt's sworn friend and fellow researcher, Melhilm is responsible for many of the Organization's experiments.

An officer of the Organization and Gerhardt's fiancee.

An officer of the Organization who enjoys dressing up and acting like a soldier. Laetitia has a fondness for watching other people suffer.

An officer of the Organization. Aiji appears to be Japanese, in spite of being twins with Yellow Bridgestone. Unlike his younger brother, Aiji is calm and composed.

An officer of the Organization. Yellow appears to be American, in spite of being twins with Aiji Ishibashi. He is loud and Hot-Blooded, unlike his brother.

An officer of the Organization who is staunchly loyal to Caldimir. Possesses the power to subjugate humans through airborne infection.

An officer of the Organization who has the power of necromancy. Garde is loyal to Gerhardt, which is one of the only things keeping them from unleashing all kinds of havoc.
Eaters

A Japanese Eater who arrives on Growerth alongside a group of Vampire Hunters.

An Eater working for the Organization. In the past, Rudi’s family was murdered by a vampire, which led him to becoming an Eater in a bid for revenge.

An Eater working for the Organization. She is Rudi’s partner and childhood friend, who also lost her family to the same vampire.

A famous artist from Growerth’s past, Strassburg is known to humans primarily for his artistic accomplishments. Working as the court painter of Waldstein Castle, he was responsible in part for creating the coexistence between humans and vampires on Growerth by bringing vampires to the island.
Other

The leader of the vampire exterminators who arrive on Growerth in volume I. He is a grizzled man with mercenary experience.

A mysterious young girl who arrives on Growerth for the Carnale Festival.

Rudi’s older sister who was turned by Theodosius and went missing about a decade ago. Elsa was actually a vampire to begin with—she was the vampire Theo met and fell in love with when he was still human.