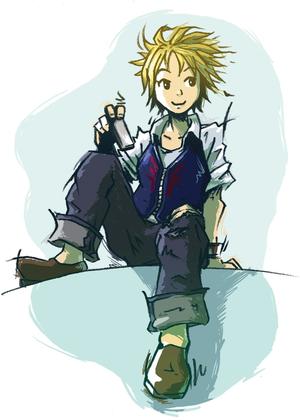 I'm Vanilla. Nice to meet you.

The player character. An amnesiac boy who wakes up on Seagull Beach with no memory of where he is or even who he is. He meets up with Coriander (Connie for short.) and together they travel around in a Trotmobile they found at the beach while he tries to uncover his identity. 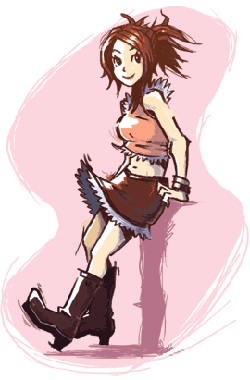 My name's Coriander, but you can call me Connie. Everyone else does.

A young girl who is the lead singer of the Garland Globetrotters, a popular band that plays all over the country. For most of the game she is Vanilla's traveling companion, who tries to help him recover his lost memory while they go on adventures. 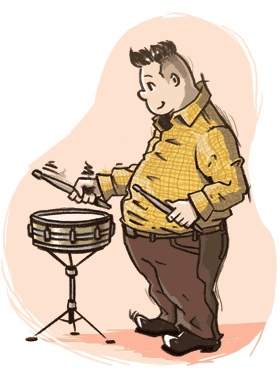 The drummer and saxophonist for the Globetrotters. He is very kind and gentle and helps out at his parents' store when he's not touring with the band. 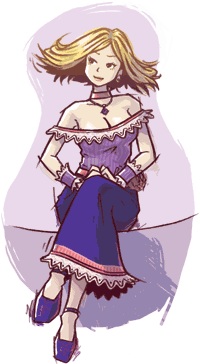 The sexy back up vocalist who is immensely popular with the bands male fans.

A short guy who plays bass string for the Globetrotters and has a massive crush on Savory. (Which she and everyone else is heavily implied to know about.) 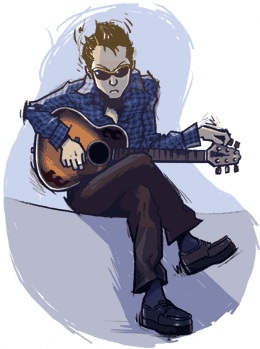 The cool guitarist of the group. He leaves the Globetrotters fairly early in the story to pursue his own musical identity, but remains on good terms with the rest of the band.

The former leader of the Globetrotters who left after his younger brother Chickory died in an accident. He played the violin when he toured with the band and has now moved on to crafting instruments at a small shop out in the countryside. Is also Elder the White Phantom, the leader of the Bloody Mantis and trotmobile champion.
Ciboulette

The captain of the Juniper Berry, the boat Vanilla was last seen on before the events of the game. She instructs him on piloting Trotmobiles in an optional tutorial.
Rosemary

Someone who died before the events of the game who Vanilla bears a striking resemblance to. Not much is known about him initially, except that he was loved by the Globetrotters and his death affected them greatly.
Advertisement:
Mallow

Someone whom the Garland Globetrotters, the Desert Hornets, and the Bloody Mantis have it out for. Has or had an amulet that looks like Vanilla's amulet.
Dr. Nutmeg

A brilliant scientist and doctor who invented the trotmobiles but laments the fact that they, like any other machine, can be used for good or evil depending on the person driving them.