Film / Hero and the Terror 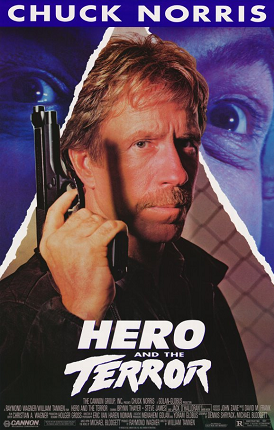 Hero and the Terror is a 1988 thriller starring Chuck Norris.

Danny O'Brien (Norris) is a cop who has become known as "Hero" to the public after he captured the brutal Serial Killer Simon Moon (Jack O'Halloran), also known as "The Terror". O'Brien is drawn back into the fray when Simon Moon escapes from his confines to continue his killing spree.