The Four Maidens, also known as the Sisterhood of the Seasonal Maidens, comprises of four female individuals who inherited the gift of magical powers representing the four seasons from the original four sisters bestowed to them by The Wizard from the Remnant fairytale, The Story of the Seasons, and used them to keep the seasons in balance and benefit the whole of mankind.

As much time passed, new guardians eventually inherited the powers of the Four Maidens when the old ones finally passed on. As of the present, the current Four Maidens featured in RWBY Destiny of Remnant have been revealed to be Amethyst Rilo (Spring), Heliosia Ainea (Summer), Amber (Fall) and Elsa Vorst (Winter).

The current inheritor of the Spring Maiden's power, who is the youngest and most free-spirited of the Four Maidens. She's optimistic, energetic and idealistic due to possessing a cheerful personality. Amethyst fights with Gembreaker, a transformable sword and bow hybrid weapon which can switch between both forms within the span of a few seconds. 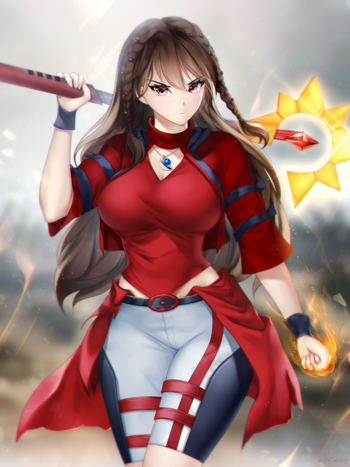 The current inheritor of the Summer Maiden’s power, who is considered the largest and most physically powerful of the Four Maidens. She’s smart, strong, beautiful, as well as possessing a determined and passionate personality. Heliosia fights with Flameguard, a retractable staff that has a metallic hook with a Dust crystal at one end, and an ejectable kusarigama chain in the other.

Debut: Chapter 8: The Pieces Come Together 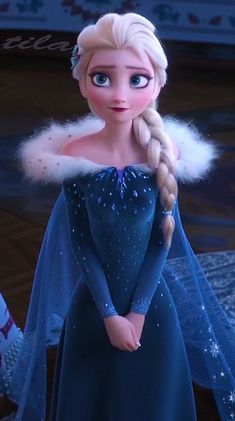 The current inheritor of the Winter Maiden’s power, who is considered the regal and most even-headed of the Four Maidens. She's calm, reflective, reliable and possessed a mature personality. Elsa fights with a crossbow weapon that has yet to be named, which can shoot various Dust-enhanced bolts at rapid speeds.

Debut: Chapter 8: The Pieces Come Together

Kaifin is an accomplished Huntsman from Atlas Academy, in addition to also being Elsa Vorst's personal Guardian and lover. He's reasonable, strong-minded and more than willing to fight for what he truly believes in. Kaifin fights with a pair of heavy machine pistols which uses a variety of different Dust ammunition, both of which has yet to be named.