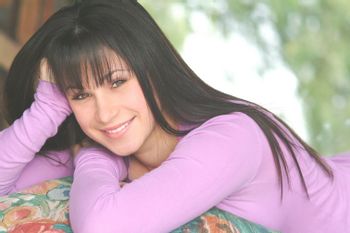 Danielle Judovits (born January 12, 1985 in Los Angeles, California) is an American voice actress who first began her career as an actress on the hit TV sitcom Full House. Since then, she has lent her voice to many other characters, such as Tenten on the anime series Naruto and Batgirl on The Batman.