Island of Misfit Everything 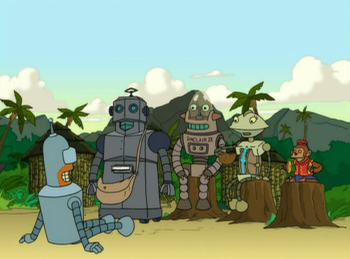 The Ragtag Bunch of Misfits needs a ragtag home to call their own.

Misfits are known for their oddities, their curiosities and their hodgepodge nature compared to "normal" society. Because of this, such places are often patchwork in nature, with various clashing landscapes, cultures and fictional elements.

Examples of its residence include the Exiles, The Grotesque, Non-Malicious Monsters, the Legion of Lost Souls and the Flying Dutchman.