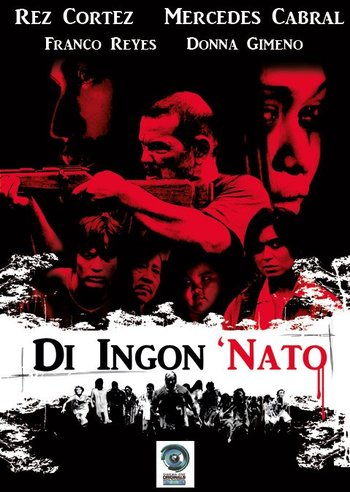 Di ingon 'nato (English: Not Like Us) is a 2011 Bisaya Indie horror film. It is the first Bisaya (one of the languages of Central Philippines) zombie films and one of the first known zombie films made in the Philippines. It was directed by Brandon Relucio and Ivan Zaldarriaga and stars Rez Cortes, Mercedes Cabral, Franco Reyes, and Donna Gimeno.

Life in a remote village in the Visayas turns upside down when villagers are stricken by an unknown disease. As the village chief and doctor try to control the situation, they discover that the dead are rising from their graves.

Here is the link to trailer 1