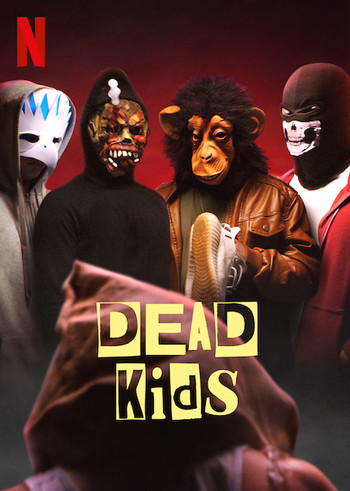 Cops only kill poor people. Do we look poor to you?

Dead Kids is a Filipino thriller film directed by Mikhail Red. The first Netflix original film from the Philippines, it follows Mark Sta. Maria (Kelvin Miranda), a socially awkward scholarship student. He attends a school mostly filled with rich kids, terrorized by wealthy bully Chuck Santos (Markus Paterson). Mark's life is upended when he's roped into a scheme to kidnap Chuck and extort money from his father, a drug czar.

The movie juxtaposes its Teen Drama foundation with a devastating look into class inequality in the Philippines. Its Netflix premiere was on 17 November, 2019.