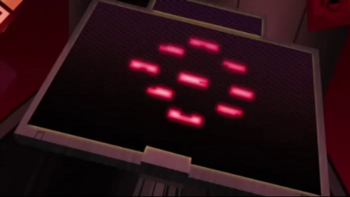 A rogue AI based in space. 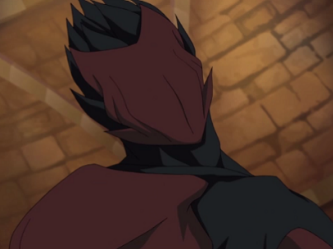 "They are the before. The before forgot us. The before left us here. Left us in pain,"
Voiced by: Fred Tatasciore
Advertisement:
Hunter Cain 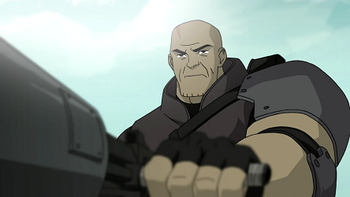 Voiced by: John Cena (debut), John DiMaggio
Hunter Cain is a vigilante who strongly dislikes EV Os and is one of Rex's enemies. Attempting to give Rex a bad reputation, Cain was exposed for cloning EV Os to build his own image to his followers. Since then, he made Rex a permanent target for his revenge, being labeled a nemesis of Rex.
Peter Meechum 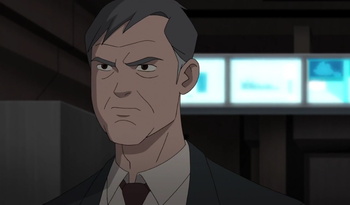 Voiced by: Wil Wheaton
Dr.Peter Meechum is the father of Sarah Meechum and a scientist involved with the Nanite Project. Once an EVO, Peter had the power to "zombify" people that came in contact with him by a simple touch. He let himself be cured after Rex promised he'd rescue his daughter from Van Kleiss. He later reappeared as a scientist for Providence and Black Knight to resume the Nanite Project.
Gabriel Rylander 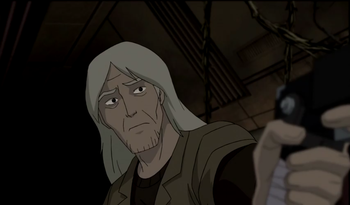 Voiced by: Brent Spiner
Dr. Gabriel Rylander was an evolutionary biologist and a leading expert in nanotechnology. He later worked on the Nanite Project along with other scientists before the Nanite Event.
Claire Bowman and Annie 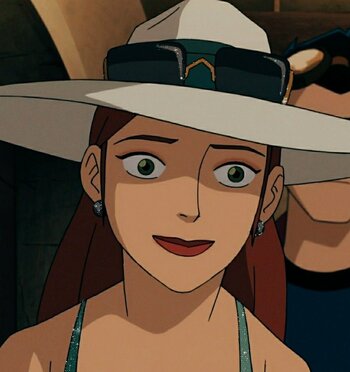 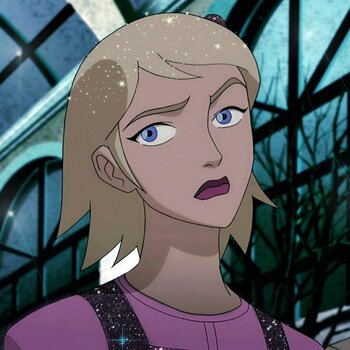 A pair of "normal" teenage girls that go on double dates with Rex and Noah. They're both scientific prodigies and Annie has notoriously dangerous bad luck. So bad that Noah recruited Rex to go out with her because he didn't think anybody else could survive the experience. 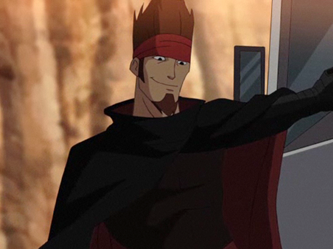 Allow me to introduce myself. I'm Gatlocke. Anarchist, struggling businessman, scoundrel... Okay, that's a lie, I'm not struggling, but let me ask you. Do you like rules? [...] Me neither.
Voiced by: Greg Ellis
Advertisement:
Branden Moses 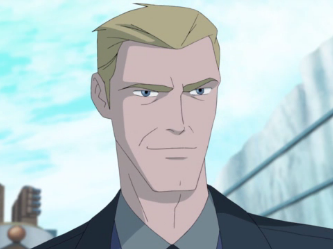 A famous scientist who’s seemingly discovered a cure for all EVOs. In reality, he’s a fraud who sells his EVO patients as Super Soldiers to the highest bidder. 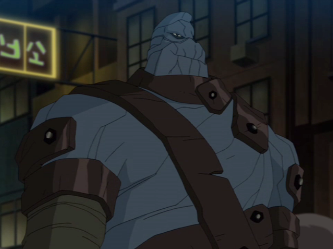 "Let me just say I abhor unnecessary violence. But this... is veeeeery necessary."
An EVO crime lord who Rex used to work for, prior to losing his memories.
Voiced by: Mark Hamill
John Scarecrow 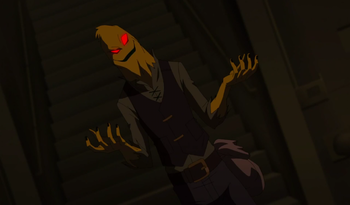 "You're your own worst enemy".
Voiced by: Andy Milder
John Scarecrow is a shape-shifting EVO who had conflicts with Rex's old gang and personal problems with Rex Salazar himself. He made an alliance with Black Knight and returned to get revenge on Rex by successfully infiltrating The Plant.