This is a page about the characters appearing in the anime Combattler V. Just as a warning, this page probably contains spoilers. 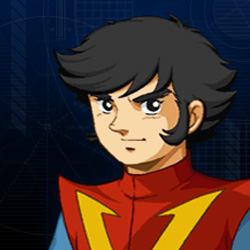 The hot-blooded leader of the team, dressed in red. Hyouma is an avid motorcyclist and speed freak. He pilots the Battle Jet, which forms the head of Combattler V. 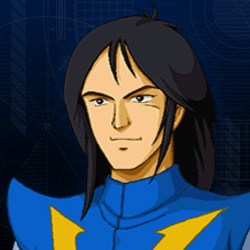 The second member of the team, dressed in blue. Juzo is a cool, level-headed Olympic-class marksman. He pilots the Battle Crusher, which forms the chest and arms of Combattler V. He is the only member of the team whose birthdate is revealed: April 1, 1958. 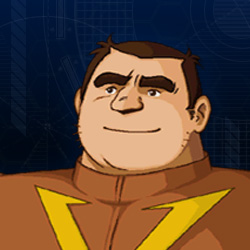 The third member, dressed in brown. Daisaku is a judo master who also enjoys sketching. He pilots the Battle Tank, which forms the torso of Combattler V, and the Battle Tank is also the only Battle Machine that cannot fly under its own power. 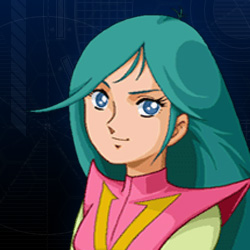 The fourth member, and only female member of the team, dressed in pink. Chizuru is also the granddaughter of Doctor Nanbara. She pilots the Battle Marine, which forms the legs of Combattler V. 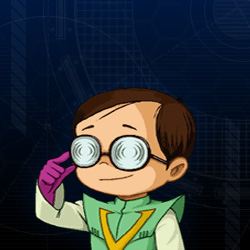 The fifth member, dressed in green. Kosuke is a child wearing glasses who happens to be inventor. He pilots the Battle Craft, which forms Combattler V's feet. 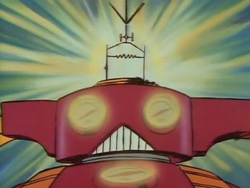 A red robot that monitors the emotional state of the Battle Team, and authorizes combination by shouting "Combine, okay!" He is voiced by Masako Nozawa.

The children of Nanbara Connection's cook, who show up after the midpoint of the series. They played the role of Plucky Comic Relief, giving the latter half of the series a much more comedic tone than the serious first half. Along with their pet frog, Keroppe, they sometimes pilot the sidekick machine Kerott into battle. They are voiced by Masako Nozawa and Noriko Tsukase, respectively. Grandfather of Chizuru and the creator of Combattler V. 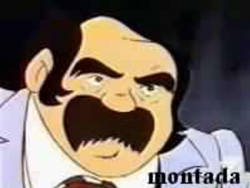 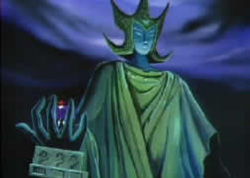 Garuda's "Mother," Oreana orders him to attack the earth. The Campbellians' greatest scientist, she built a giant statue to house her mind in before coming to Earth in search of a new home for her people. After her dismissal of Garuda and his discovery of the truth behind his existence, she reveals a mechanical body housed within the statue and attempts to attack Com-Battler, but is first destroyed by Garuda. 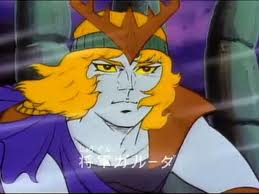 The ostensible leader of the Campbellian's attacks on earthling cities, Garuda oversees the deployment of the Monster of the Week. He is able to change his appearance at will from a blue-skinned, blonde-haired human to a humanoid eagle. After numerous failures to destroy Combattler V and the Nanbara Connection, he is stripped of his rank by Oreana. Soon after, he learns the truth of his origin: That he is actually the last in a line of androids created by Oreana to be her perfect son and the leader of the invasion force. Consumed by revenge, he finishes building the incomplete slave beast Big Garuda and uses it to destroy Oreana. 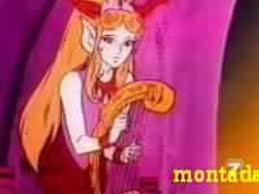 One of Garuda's android assistants. She is secretly in love with Garuda, but he is oblivious to her feelings. In a gambit to save Garuda after he is dismissed, she sacrifices her life piloting the slave beast Demon against Combattler V. 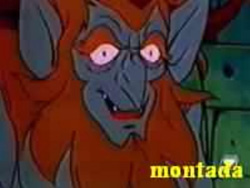 Another of Garuda's subordinates, he is in charge of training and activating the slave beasts that fight Combattler V. 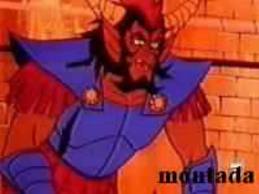 Garuda's strategic advisor. After Garuda's dismissal, he is given command of Oreana's forces, only to be killed by Combattler V during the latter's confrontation with Oreana. 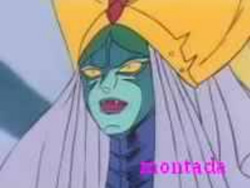 The final enemy of Combattler V and a very powerful sorceress. She can transform from a beautiful woman into a snakelike creature. In the penultimate episode, she attempts to destroy the Nanbara Connection and Combattler V with a bomb attached to Com-Battler's foot. Professor Yotsuya discovers the bomb in time to separate the foot from the rest of Com-Battler and raise the Choudenji Barrier, sacrificing the Connection and saving Com-Battler. Upon hearing of the revolt on Campbell, she makes a final attack on the forces of the Earth, but is defeated by Com-Battler. As her final revenge, she attempts to destroy the earth by sending a thermonuclear explosive into the planet's core. As she attempts to escape earth, Warchimedes confronts her and destroys himself to kill her. 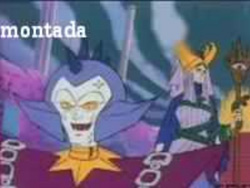 Janera's scientific and strategic advisor, and Dungele's older brother. He coordinates the building and selection of the Magma Beasts that are sent to fight Combattler V. After the death of Dungele, he pilots a Magma Beast into battle, attacking Combattler V and giving Janera the opportunity to destroy the Nanbara Connection. When he is defeated, his brain is transferred into a robot body, which he then self-destructs to kill Janera. His name, pronounced "Warukimedesu" in Japanese, rather than being partly based on the English word "war", may be better regarded as a portmanteau formed from "waru" (meaning "evil") and "Arukimedesu" (Archimedes), thus epitomising the classic sci-fi concept of a great but evil scientist. 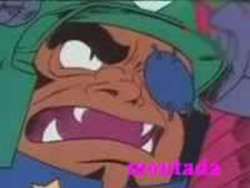 Janera's other subordinate, and Warchimedes's younger brother. He pilots the Magma Beasts against Combattler V and the Nanbara Connection. One of his hands is an oversized lobster-like pincer. After numerous defeats at the hands of Combattler V, Janera kills him by detonating a bomb inside his helmet. The true leader of the Campbellians. After the coup d'etat which overthrew Janera's supporters on Campbell, he came to Earth to help rebuild the cities damaged by Janera's attacks.