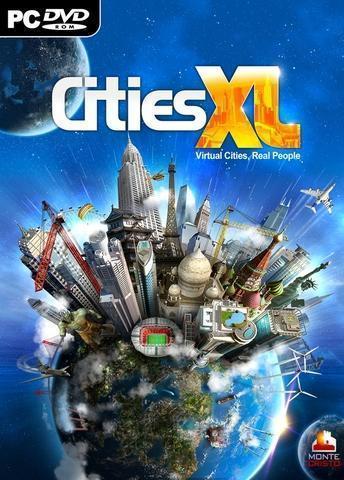 Cities XL (formerly Cities Unlimited) is a city-building computer game in the same vein as the SimCity series, developed by Monte Cristo, which has prior development experience in City Life. It was originally scheduled for release in the first quarter of 2009, but was eventually released on October 8, 2009. The game allowed players to play online and interact with others on massive persistent planets, and to work together by trading resources or building blueprints in order to satisfy the needs of city inhabitants. However, on March 8, 2010 the online service was closed and the game became single-player only.

Common complaints of Cities XL are poor programming leading to a still-unfixed memory leak bug, as well as a perception that there is little change between the 2011 version, 2012 version and XXL version; the latter is probably justified, considering they have little to no perceptible features added to the descriptions of newer releases.

Not to be confused with Cities: Skylines.