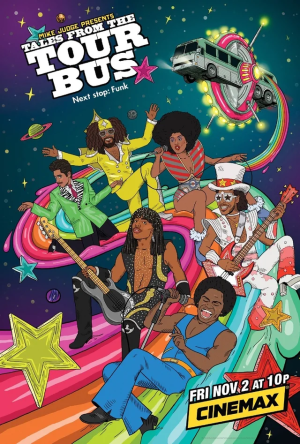 A biographical comedy series from Mike Judge that aired on Cinemax.

In it, Judge introduces viewers to the subject of crazy (but true) stories of drug addiction, gun fighting, law dodging and general mayhem that comes with touring with famously crazy musicians.

Season 1 focused on the legends of country, both those from the "Outlaw" movement and its greatest unaffiliated outlaws:

Season 2 focused on the greats of R&B and funk: