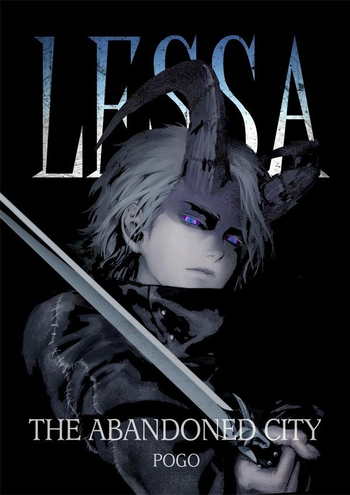 In an apocalyptic world where humans can turn into a murderous race of horned humanoid creatures called Demans, a man named Raynold Berger hunts Demans in search for his missing sister Lucy, who disappeared five years ago on her birthday.
Advertisement:

On the other side, a being named Lessa had just awoken to this world and walks among its residents to observe how much the world has changed in his slumber.

These two soon run into each other and Raynold learns about the history of the Demans and how Lessa has an important role in their past and future.

Lessa is an original fantasy/action webcomic from Naver, written and illustrated by POGO. Season 1 of the original series can be read here