An online version of me a friend of mine made.
Advertisement:

A user that has been around for a little bit, but still feels new. While rather inexperienced and still uncertain of how the site works, she's trying her best.

She is best known for being a huge fan of Aichi Sendou from the Cardfight!! Vanguard series.

It's been a long journey, but she's starting fresh on her page involving her characters.

Other/For Fun
There and Back Again Characters 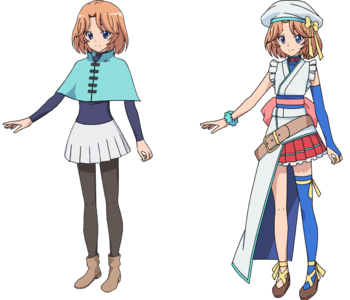 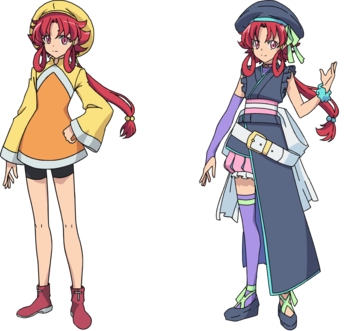 Emi Sendou is a young girl that was originally seeking to bring her brother, Aichi, home after he ran away. However, she had an interesting encounter with a mysterious Card Fairy named Shuka, and she told Emi that the timeline had been altered. Uncertain, but willing to help, Emi made a contract with Shuka, becoming a magical girl duo known as the Blaster Pair with her, and now seek to return a certain card known as Blaster Blade back to where it belongs.