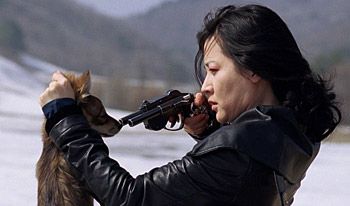 Considering the setting, she's doing the dog a favor.