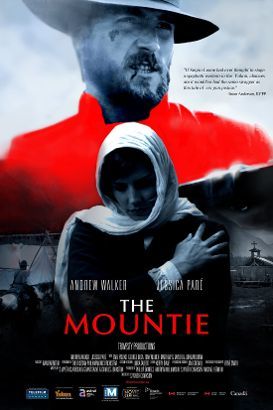 The Mountie (a.k.a. The Way of the West a.k.a. The Ranger a.k.a. Lawman) is a 2011 Canadian Western film directed by S. Wyeth Clarkson, co-written by Clarkson, Charles Johnston, and Grant Sauvé.

In 1894, Wade Grayling, an officer of the North-West Mounted Police, arrives in a remote and lawless settlement in the Yukon territory. As he faces his guilt over his past that led to his disgrace in a Chinese opium den the previous year, Grayling finds himself facing off against a ruthless band of Russian and American criminals.

Tropes used in The Mountie include: