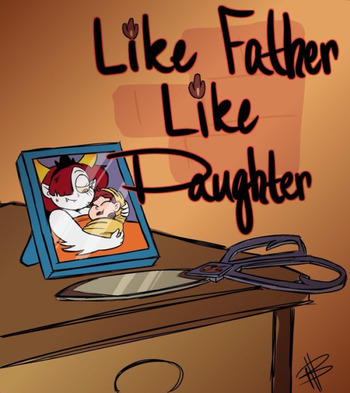 is an Original Flavor Star vs. the Forces of Evil fanfiction created by ADdude

After spending 16 years in another dimension Marco is finding it a little hard to readjust to his life back on Earth. Then a few days later Hekapoo shows up at his doorstep with a daughter, their daughter! Needless to say, he’s going to have a lot more stuff to get used to.

This fic is AU, diverting from the end of Running with Scissors. Instead of Status Quo Is God the effects at the end of that episode linger. Namely the effects alluded to at the end where Marco feels out of place returning to Earth after 16 years from his viewpoint. It also has the added consequence of him having a child with Hekapoo in what some assumed to be an Offscreen Romance they shared.