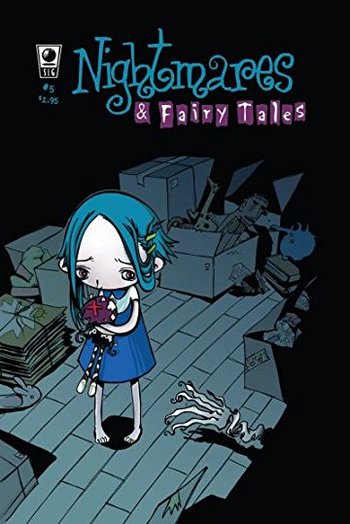 Nightmares & Fairy Tales is an American comic book series written by Serena Valentino and published by Slave Labor Graphics. It has been illustrated by Foo Swee Chin, Crab Scrambly and Camilla d'Errico. Nightmares and Fairy Tales chronicles the life and adventures of Annabelle, a rag doll and the various women who have owned her throughout time. Eventually she is passed on to Gwen, a young girl who serves as the audience for her stories until the end of the series.

Twenty-three tradeback issues were collected in four graphic novels. They are:

Dancing with the Ghosts of Whales