One of the main characters of the series, Shino is a girl enamored with foreign culture. When she was young she went to England, and befriends Alice Cartelet (as Shino was staying at her home). Shino had to eventually return to Japan, but come high school Alice returns the favor, and for the duration of the series stays at Shino's home.

While Shino herself is enthusiastic about foreign culture, she's sadly not actually good at the learning side of things. Despite this she still wants to become a foreign-language interpreter when she grows up. 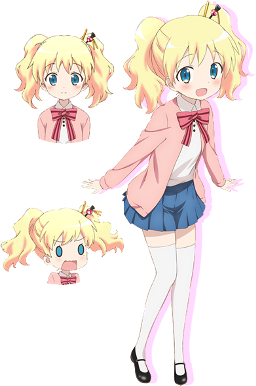 The other main character of the series, Alice Cartelet is a blonde and very petite English girl that Shino befriends during her stay in England. At the start of the series, Alice enrolls into Shino's school as a transfer student, and at the same time also moves into Oomiya household.

Although she was initially wary of Shino when she was younger (not helped by the fact that Shino couldn't speak English really well), Alice as a teenager has grown to be, well, possessive of Shino. While the series treats it as a source of laughs, Alice often gets jealous (and depressed) whenever she thinks Shino doesn't pay as much attention to her as she should. 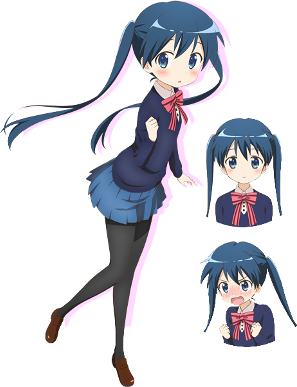 One of Shino's circle of friends, and often seen together with Youko, who was the first to befriend her after she transfered in during middle school. Because of this, she's become somewhat attached to Youko, though she'll vehemently deny it. Nope, she's not attracted to Youko at all, really! 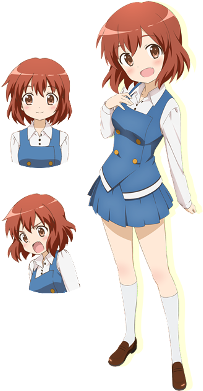 One of Shino's childhood friends, and the one who's known her the longest (enough that she's on Isami's "little sister" list), Youko is cheerful, dependable, and somewhat boyish... Yet oddly enough she acts as the voice of reason for her circle of friends.

This knack for reading the atmosphere also fails her where Aya is concerned, and to date she is blissfully unaware that Aya want to be more than just friends. 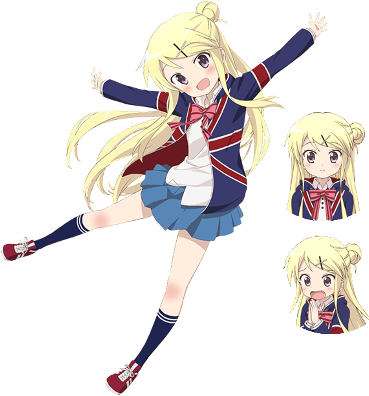 Half-British and Half-Japanese, Karen is Alice's childhood friend. The daughter of a well-off family, she follows Alice to Japan when she learns about her friend being enrolled at a school there. She very quickly fits into Alice's new circle of friends, though it takes her a while before she could connect to her own classmates.

Karen herself is a hyperactive and irrepressible ball of energy, fond of peppering her Japanese with English phrases regardless of the context. 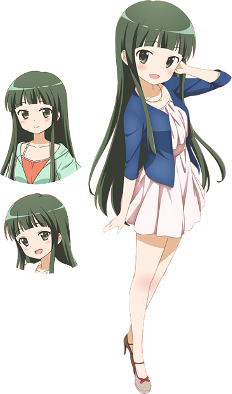 Shino's older sister, Isami works part-time as a model in teen fashion magazines. Unlike Shino, she's not only implied to be really intelligent, she's also very responsible, and stands in for her mother with regards to household chores if the latter is otherwise occupied.

During the first season Isami was in her last year of high school, but come Hello, she's a freshman in college. 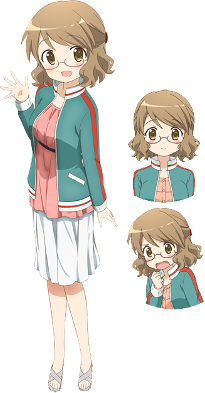 One of the teachers of the school, Karasuma teaches English class, and is the teacher that Shino and her friends interact with the most. She is known for her quirky personality, and for her trademark green jersey. She is an alumna of the school, and was part of the Theater Club when she was younger.

She is everyone's homeroom teacher for the first season, but come Hello she becomes the adviser for Alice and Youko's class instead. 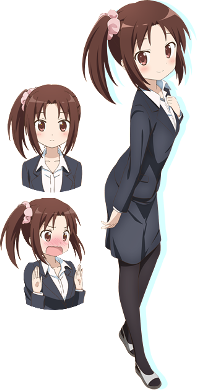 Another teacher at the school, she is first introduced in Hello. She teaches Home Economics, and becomes the homeroom adviser for Karen, Aya, and Shino's class. Much like Karasuma, Kuzehashi is an alumna of the school, and was even part of the track team when she was younger.

She has an imposing and downright intimidating demeanour, but this belies a gentle soul who just wants to be closer to her students. She needs work on her smiles though. 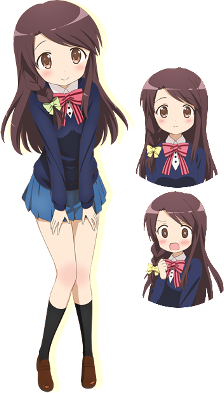 One of Karen's classmates, in the first season she was the first in the class to reach out and befriend the former, who was feeling increasingly alienated as the semester passed. Predictably, she does this... through feeding Karen.

As of Hello, she is still in the same class as Karen. Her family runs a cafe in town that serves hand-made sweets, which explains why she always seems to have them on hand. 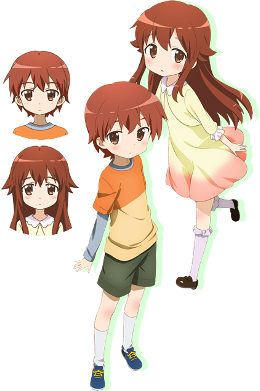 Youko's younger, fraternal twin siblings. At the beginning of Hello!!, they are studying in the fourth grade. They're smarter for their age considering they noticed Aya love for Youko as easily as the rest of the cast.